CAPRO’s story is a string of adventures laced with God’s benevolent intrigues. From the post war crisis management program of a national government, through what may be considered today as reckless youthful exuberance to sheer blind pursuits. From extraordinary leaps of faith to inconceivable blunders, God has raised what has become one of Africa’s foremost movements of Christian frontier missions.

What is today known as Calvary Ministries (CAPRO) came into being in 1975 (precisely April 25th). It started in Zaria, in northern Nigeria after some young Christians burdened to evangelize the Muslims attempted a crusade in that ancient Muslim city. They were attacked but instead of being discouraged this stirred them to prayers and more action. The vision was thus born to make such Muslim cities and tribes, as well as other unreached people groups of Northern Nigeria and West Africa an object of concerted missionary effort. Calvary Productions (CAPRO), as it was first call was thus born.

The pioneer leadership team was lead by Bayo Famonure. This team led various youths from all across Nigeria into intensive evangelism of Muslims both in northern Nigeria and neighboring Niger Republic. By 1979 CAPRO name was changed Calvary Production to Calvary Ministries (CAPRO) to reflect a new emphasis on targeting ethno linguistic clusters of peoples. And by the early 1980’s this lead to the recruiting full-time cross-cultural missionaries to live and plant churches among verified unreached peoples. Some of the first ethnic groups to be entered were the Maguzawa people of Adamawa State and the Gbagyi people of Kaduna State in Nigeria. Soon after this several other unreached peoples were engaged in Nigeria. Also by the early 1980’s, foreign fields were also pioneered in Niger Republic, Senegal and Guinea (all in West Africa) to engage ethnic groups with almost 100% Muslims.

Today, CAPRO works in over 32 countries with over 700 missionaries  among over 70 unreached ethnic groups with many churches planted. Starting from northern Nigeria CAPRO now works all over Africa, in Europe and the Arab World. In recent years CAPRO has especially emphasized outreach to the Arabs in North Africa and the Gulf and some underground churches of Muslim-background believers (MBB) have been planted.

For More on the Birth and Growth of CAPRO Please Read:

A quick introduction from the International Director Sam Kputu

CAPRO MISSIONS SOUTH AFRICA  is a member of Calvary Ministries (CAPRO) International,  a foremost A f r i c a n M i s s i o n a r y organisation that has been mobilising, training and thrusting out missionaries since 1975.

And was incorporated in October 2006 as a Christian missionary organisation for non-profit and public benefit. 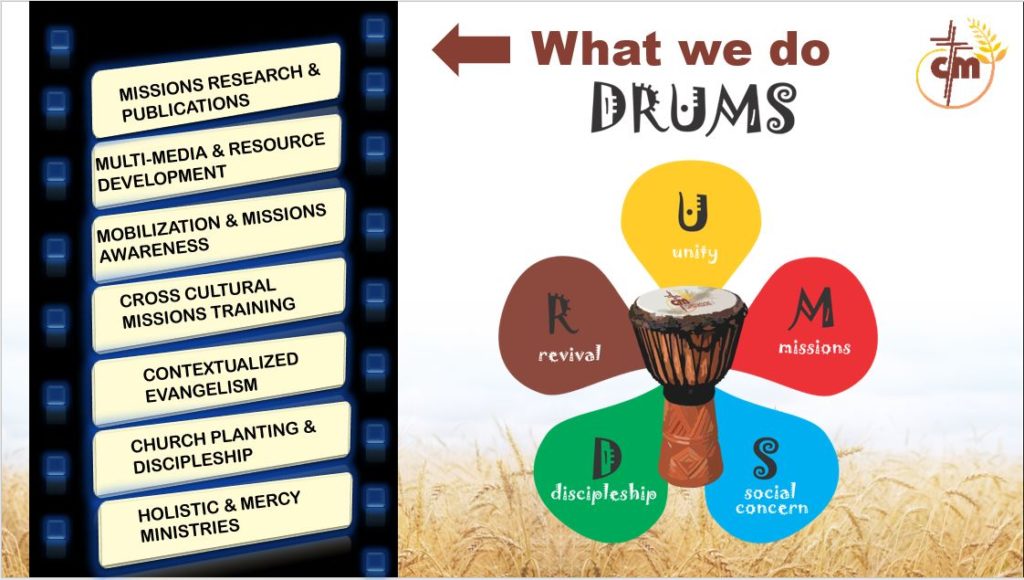 “…let us work now while it is day; for the night cometh when no man can work…”

What we believe and live by on daily basis